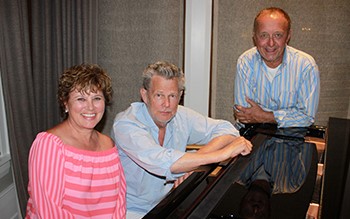 Walter is the President and Co-Founder of RE/MAX INTEGRA Group of Companies and the Foundation is honoured that he has served as a Board member since 2014. Today, Walter and his business partner own and operate the RE/MAX brand in 40 countries worldwide, with over 3,100 operating offices and an agent count of more than 43,000, which equates to nearly 1/3 of the entire RE/MAX network. Last year, their agents were able to sell a property every 64 seconds.

In addition, he has been named CEO of the year by the Financial Post, received the Queens Diamond Jubilee Award for his work with the Canadian Forces, and most recently the T. Wilson Award from his alma mater, University of Toronto, which recognizes outstanding achievement by alumni in business and charitable work.

“I am very honoured for Walter and Maria’s continued commitment to giving back and always looking for opportunities to help others,” said David Foster. “The generous support directly assists families as they go through the darkest time of their lives. For this, I am eternally grateful.”

Walter also plays a very active role in the community, sitting on three diverse boards, including The David Foster Foundation where he serves as Business Development & Corporate Relations. During the 30th Anniversary Miracle Gala & Concert of the David Foster Foundation in October 2017, he received the prestigious National Business Leader of the Year Award. “It’s not every day you meet someone like Walter Schneider,” says Michael Ravenhill, CEO of the David Foster Foundation. “Walter is more than a national business leader. He’s a global influencer who never forgets his roots – where he came from and the people who helped him get where he is today.” In 2016, Walter was appointed Honorary Consul General for Austria in Toronto.

Walter and Maria have been married for over 30 years and reside in Toronto, Ontario. They have three children, Shelby, Conrad, and Simon, and recently welcomed their first grandchild. The Schneider family enjoys their summers together at the family lake house in Muskoka, Ontario.

The Schneider family’s generosity and giving philosophy has led The Schneider Family Foundation to support a variety of worthy charities across Canada. “What the Foundation does every day resonates with Maria and me,” said Walter Schneider, President and Co-founder, RE/MAX INTEGRA Group of Companies. “We know that what they do every day makes an impactful change in these children and family’s lives.”