A Change of Heart

In honour of Heart Month, we are sharing the very special story of Marit & Tanner.

Watch how a Change of Heart and a selfless decision forever changed the lives of the McKenzie and Fitzpatrick families.

On Saturday, February 13, 2021, Marit & Tanner’s story was honoured and shared in the National Post, you can read the article here.

Have a change of heart? Please consider registering today to one day save a life.

Register As An Organ Donor Today

A Change of Heart | The Story of Marit & Tanner

Marit McKenzie knew a little about organ transplants – she had her best friend because of one, and it was the love for her best friend that caused her to connect with the David Foster Foundation.

Marit and Paige grew up together, sharing a love of art, philosophy and Converse runners. In Grade 12, Marit saw her friend suffering from the increased medication needed to help with complications related to the liver transplant she had as a child. It magnified the importance of organ transplants to Marit, and she decided to focus her senior class project at school on organ transplantation. This, from the girl who used to faint in health class at the talk of blood. She discovered the David Foster Foundation, a Victoria-based fundraising charity that provides financial support to Canadian families with children in need of life-saving organ transplants.

Marit was even more determined when she found out that in 2012, 346 Canadians died while waiting for donor organs and 4,529 people were on the waiting list for a transplant. “This organization really touches my heart,” Marit wrote in a school journal. “I know how important this kind of support is to families with these struggles.” Her parents remember her working tirelessly on the Japanese anime drawings that she sold at a three-day craft fair to make the $500 needed for the class project, which asked students to give back to the community in a way that fits their passions and interests.

But it wasn’t just about fulfilling a class requirement for Marit. She asked her mother, Susan, to sign her organ donor card. At 17, Marit was too young to give legal permission.

Then tragically, on January 28, 2013, Marit suddenly died. This happy and healthy honours student at the University of Calgary suffered a pulmonary embolism, and she died the next day.

Amid the shock of their youngest child dying, Bruce was resistant to donating Marit’s organs when asked. It was all too sudden to even think about, their family was reeling in the loss of their daughter. After an open discussion, acknowledging Marit’s wishes, and a change of heart, Bruce and Susan agreed to organ donation. The Mckenzie’s selfless decision allowed Marit’s heart, liver, pancreas and both kidneys to be transplanted in four separate surgeries. Two people were given the gift of sight following successful cornea transplants, and tendons and bone tissue were preserved and was used for reconstructive surgery at a later date.

“Any person who donates their organs is selfless and are thinking beyond their own life to life afterwards. When you find a teenager like that – well, that was Marit. She really was an angel,” says her father Bruce.

Following her death, Bruce and Susan reached out to Marit’s friends and family, asking that they instead donate to the David Foster Foundation in memory of their daughter in lieu of flowers.

Between February 1 and March 31, more than $22,550 was raised for the Foundation in honour of Marit.

Tanner Fitzpatrick was born and grew up in a small town in Newfoundland. Like any normal Canadian boy, he grew up with early mornings playing hockey at the local rink with his younger brother. In May 2012, when Tanner was 13 years old when he became sick and was taken to the local hospital, which referred him to Janeway Children’s Hospital in St. John’s, where he was diagnosed with Cardiomyopathy. He was hospitalized and started on medication to stabilize his condition. When the medical team saw minimal improvement, Tanner and his parents, Trudy and Phil, were sent to Toronto SickKids Hospital for a transplant assessment in September 2012.

During the transplant assessment, the medical team determined he was not ready medically ready to be put on the heart transplant list. Tanner and his family returned home to Newfoundland where Tanner’s quality of life continued to deteriorate over the next couple of months, leaving him in a wheelchair with barely enough energy to accomplish a regular day. By December 2012, Tanner’s health took a further decline, and shortly after Christmas, the family returned to Toronto for a second transplant assessment. Tanner was officially listed for a heart transplant within a few weeks and multiple tests on January 22, 2013. There was no telling how long the wait for a donor’s heart would be, and the medical team began to prepare Tanner for a left ventricular assist device (LVAD). An LVAD is a mechanical pump used for patients who have reached end-stage heart failure and helps pump blood to the rest of the body.

The challenging process of the wait began. The Fitzpatrick family had many questions: how long would they have to wait for a donor’s heart? Would Tanner remain strong enough to handle the surgery?

To everyone’s surprise, a donor’s heart became available after six days on the transplant waitlist, and on January 29, 2013, Tanner received the gift of life from an anonymous donor. Tanner’s transplant was successful, and he was discharged to Ronald McDonald House but was required to remain in Toronto for post-transplant recovery and medical follow-up appointments. Although Tanner experienced some complications which required him to be re-admitted to the hospital for closer monitoring, the family returned home to Newfoundland in April of 2013 with a
a new lease on life.

Nearly two years after transplant, in February of 2015, Tanner and his family received a donor family letter. Being a smart and curious young man, Tanner followed some of the clues in the letter and began putting the pieces together. It did not take him long to realize he was the recipient of Marit McKenzie’s heart. Tanner began to follow her story and watched from a distance as Marit’s legacy and spirit left behind continued to inspire others.

In early 2016, Tanner approached his parents and asked if he could meet Marit’s family and if there was a way to participate in the Marit Cup, held in Calgary, Alberta. The Fitzpatrick family knew the McKenzie family had ties with the David Foster Foundation.

In November 2016, Tanner and his parents boarded a plane from Newfoundland and travelled across the country to meet the McKenzie family. In a private and emotional meeting, Tanner gifted the McKenzie family the opportunity to hear the heart inside his chest that connected the two families. 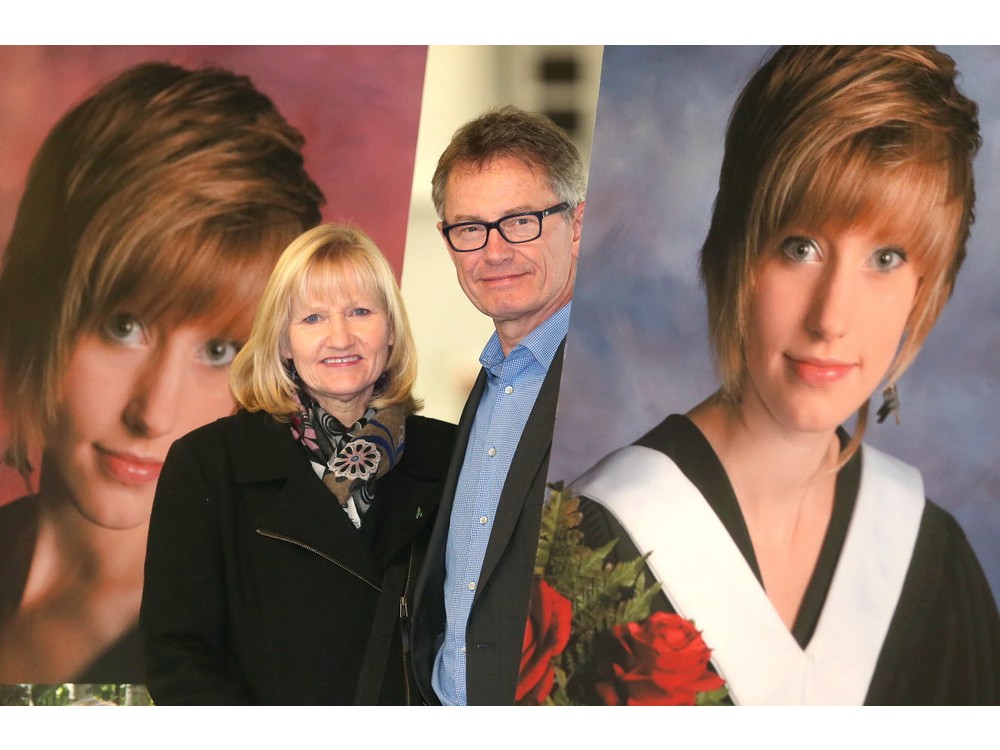 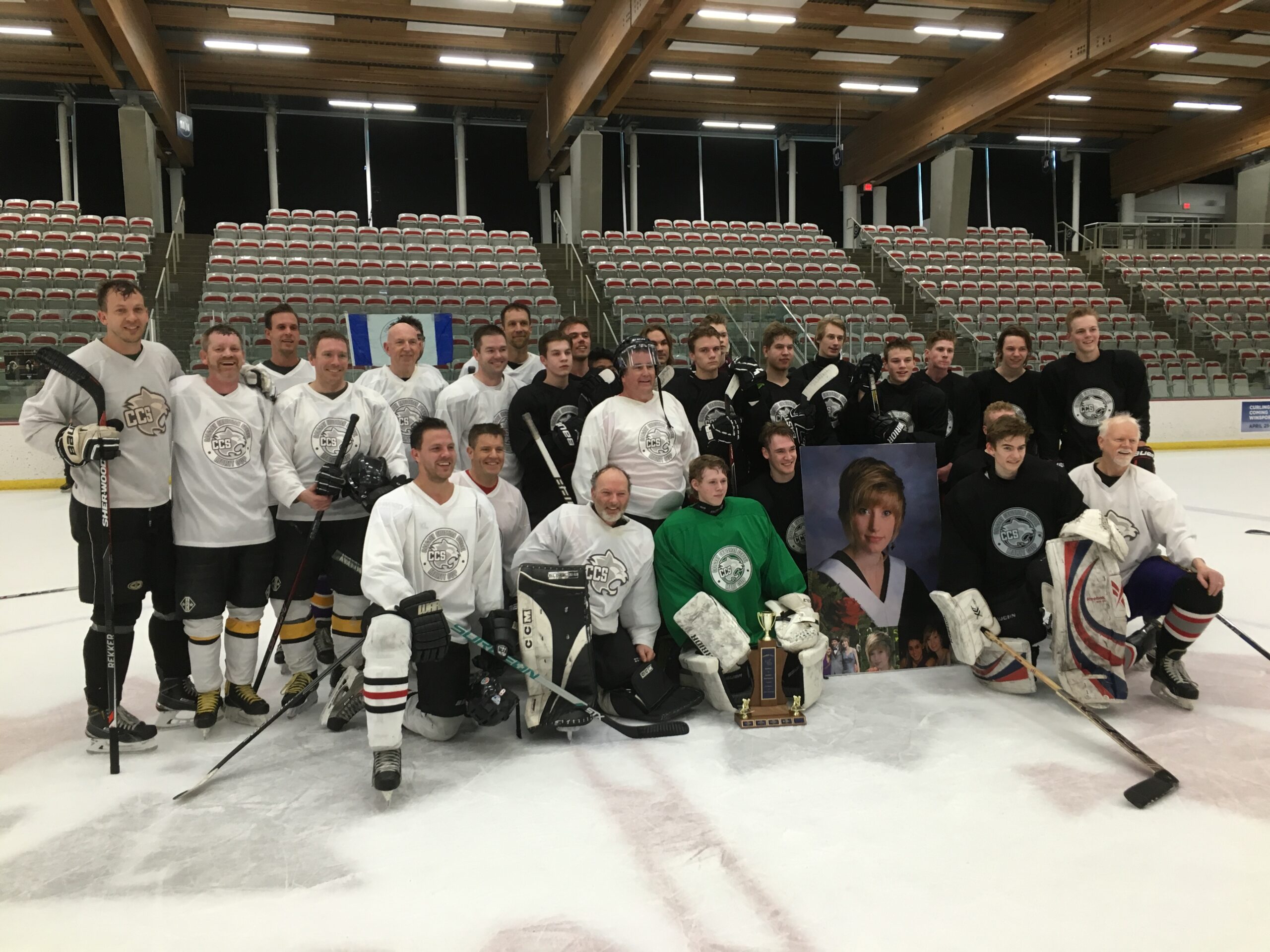 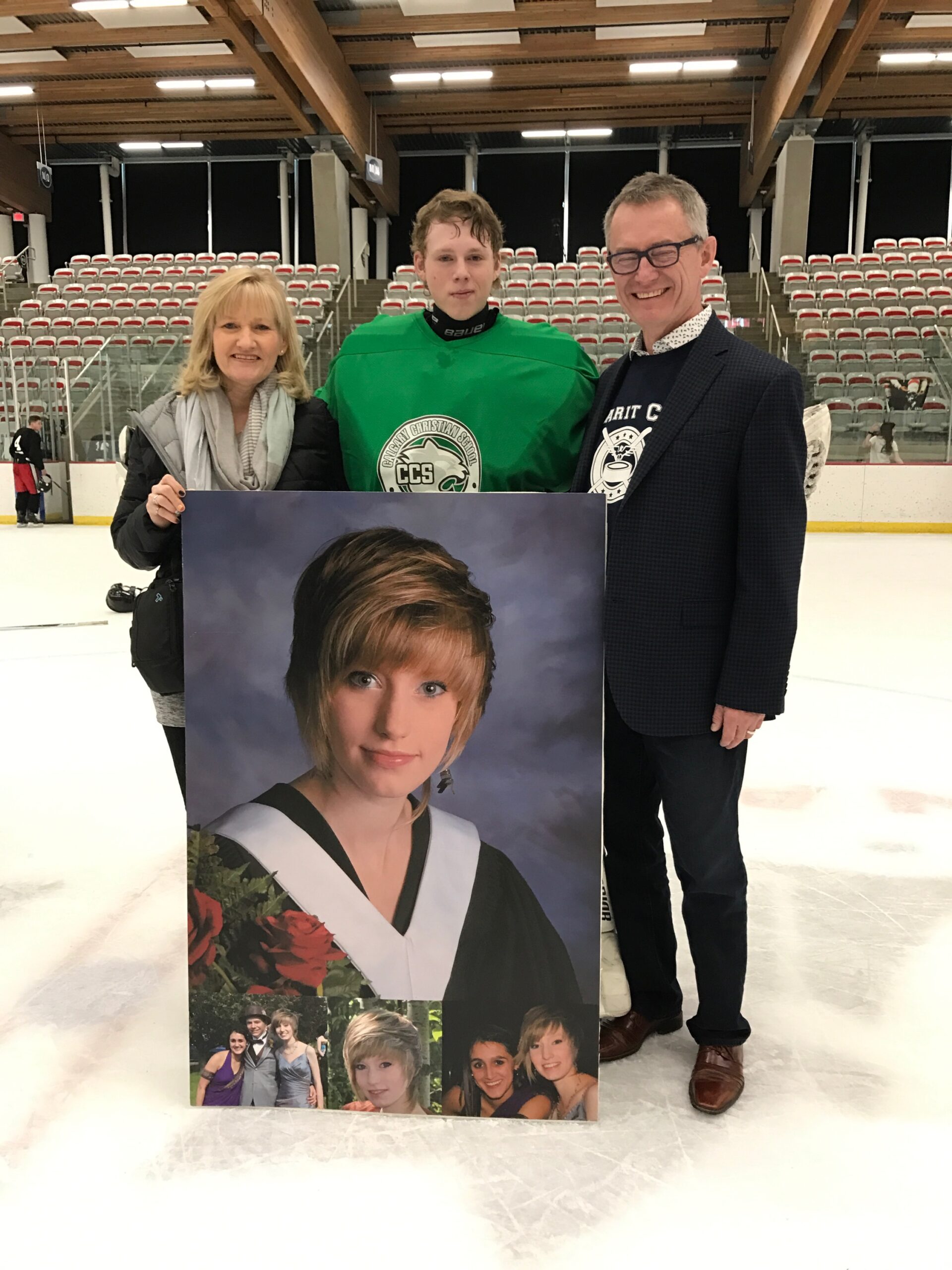 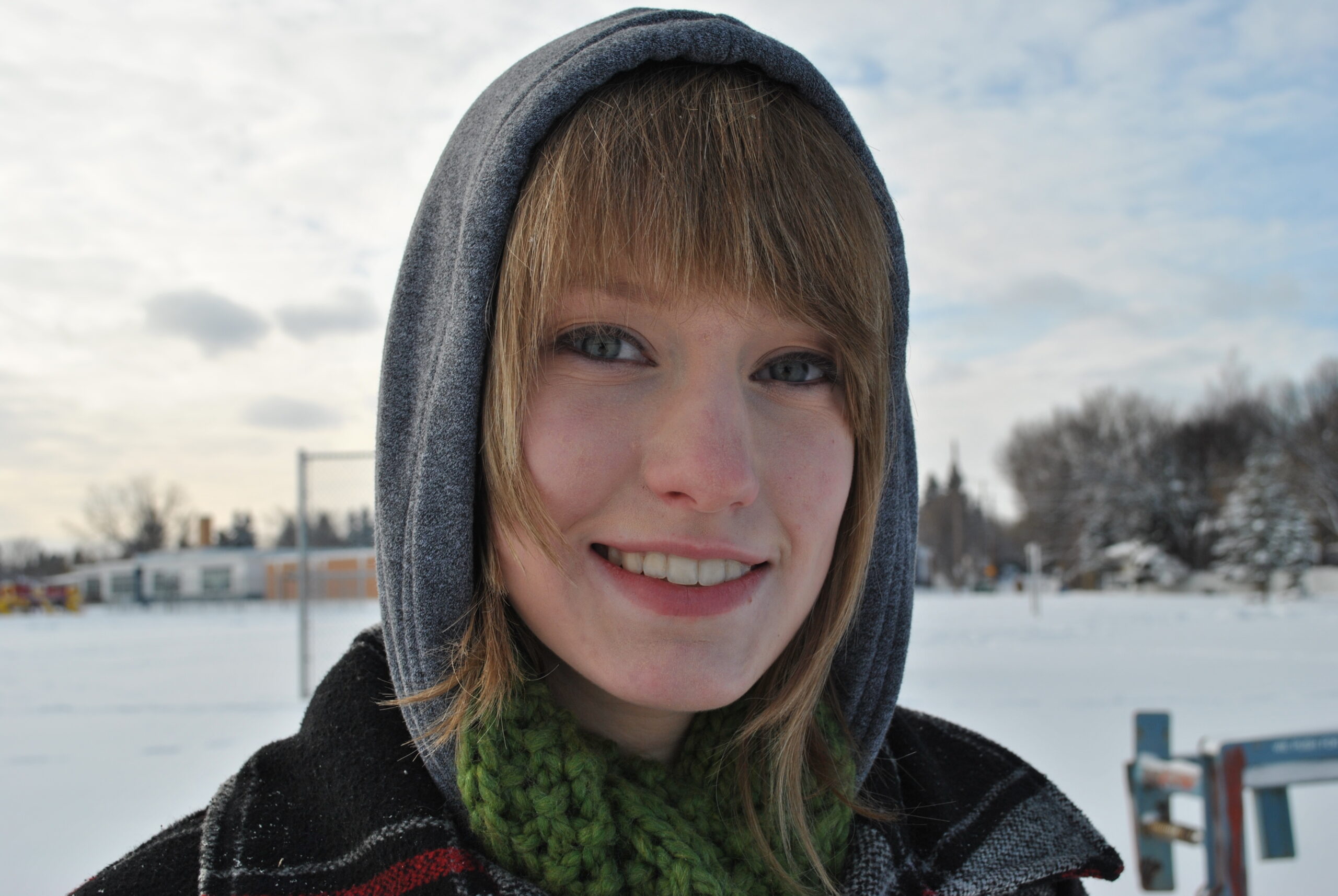 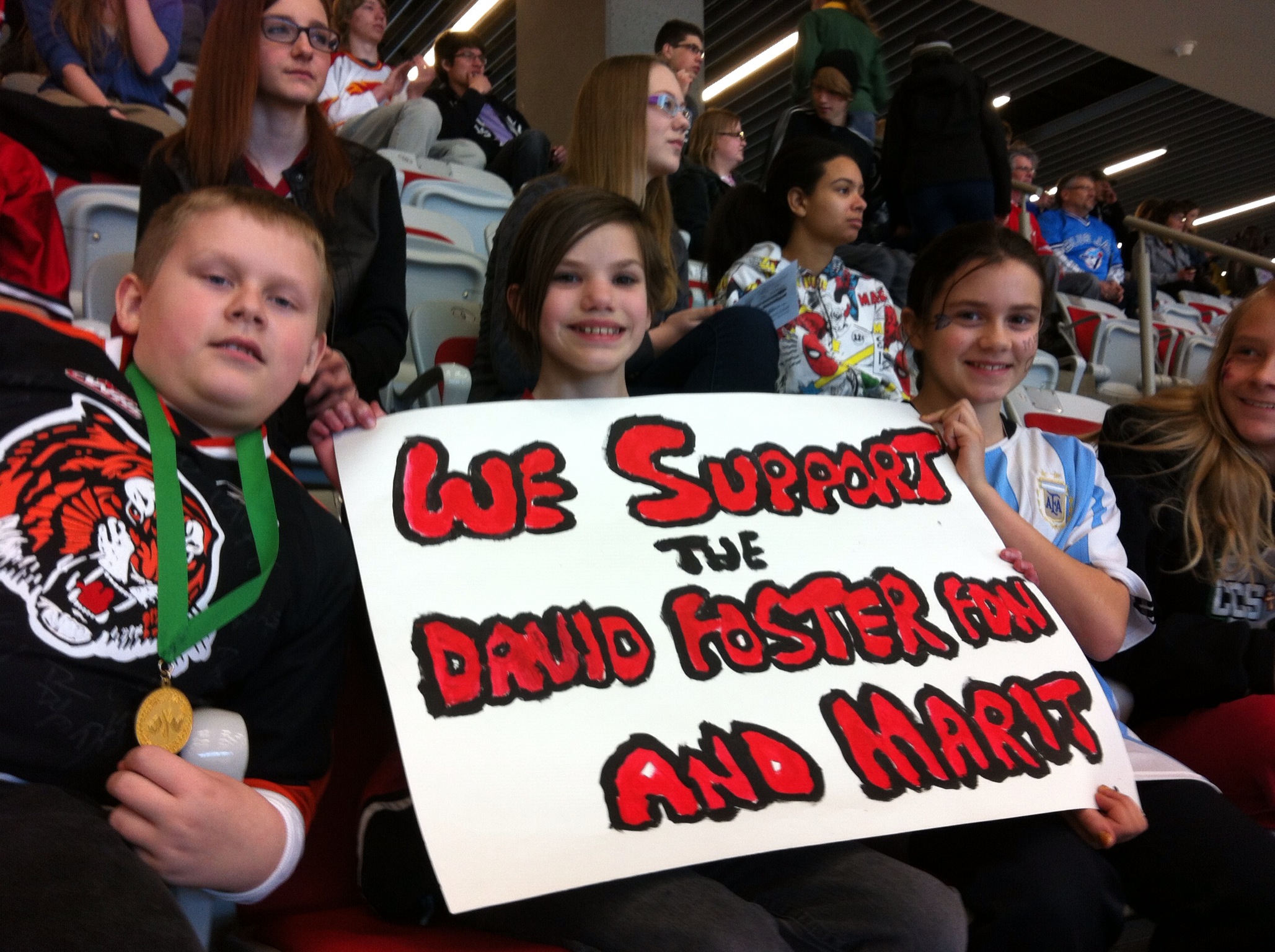