Darline and David were overjoyed with the birth of their second child, Liorah, in November of 2018. Their first child, Holly, had jaundice after she was born in 2016, so when Liorah started to develop it, they were not too worried but took her to the doctor anyway. The doctor ordered a blood test which came back abnormal. Liorah was transferred to CHU Sainte-Justine in Montreal, where she was diagnosed with biliary atresia, a rare disease that affects the liver and can be fatal.

On the day that Liorah was diagnosed, the medical team performed a Kasai surgery on her, which is a procedure with a one in three chance of improving the liver malformation caused by biliary atresia. The surgery failed, and five months later, Liorah was listed for a liver transplant.

Darline was not able to work as Liorah needed her care and the family was struggling to cover their expenses with only David’s salary. Their social worker told them about the David Foster Foundation, which supported the family with expenses such as rent, food, parking, gas, car payments, car insurance, and daycare. “The David Foster Foundation helped us a lot financially, which allowed us to breathe a little and take away some of our stress. The Foundation and our social worker were like angels sent to help ease our suffering,” writes Darline.

The David Foster Foundation helped us a lot financially, which allowed us to breathe a little and take away some of our stress.

As time progressed, Liorah’s illness continued to worsen. She started to vomit everything she ate because her liver was so damaged. This caused her to have severe malnutrition, chronic pneumonia, and fragile bones, which meant that her ribs were breaking. David and Darline were heartbroken to witness their daughter, who was less than a year old, suffering so much. Darline wanted to do anything possible to save their daughter, and as the medical team thought Darline might be a more viable potential living donor, she went through the assessment process and was approved. Mother and daughter were scheduled for transplant on September 21st, 2019.

Leading up to the transplant, Liorah was very sick with pneumonia and in and out of the hospital as the medical team worked to improve her condition. They were unable to create any improvements in Liorah’s health and decided to cancel the transplant. The lengthy surgery would be too risky to perform given her precarious health situation.

She continued to get sicker despite efforts to help her and was put into intensive care. Liorah’s heart stopped seventeen times in the span of two weeks and the doctors and nurses had to resuscitate her several times. Remembering this time, Darline says that “almost every time, I was next to her. Doctors and nurses were running in all directions to come and revive her. She had become so fragile that we were afraid to move her in bed or even to change sides. I’ll never be able to explain the feeling I had every time her heart stopped. The blood was no longer running in my veins. I couldn’t move or speak, but I was praying in my heart every moment to God that I forbid him to take my little girl.”

Darline and David sat bedside with their daughter through it all and watched as her health declined and she began to throw up blood. Darline remembers it as “an intense experience to watch our child die every time and come back to life. I cried a lot because we felt so helpless. It was a lot of stress, sleepless nights, and physical and emotional fatigue. Mentally we were in a vacuum with so many unanswered questions. However, we kept the faith and prayed for God to give us the strength to endure and continue for our daughters.”

By the end of November, the situation was dire. Liorah was still very ill. The medical team told Darline and David that the chances of Liorah surviving a minimum 8-hour surgery were very low and asked if Darline still wanted to be the living donor. Darline remembers telling them, “if there’s a 1% chance that she can be saved, I want to take the risk of doing it no matter what happens after that. When I think about those times, tears keep streaming down my face. At the hospital, I consoled another parent who had lost their child, knowing that I too could be in their place at any time.”

On November 27th, 2019 both Darline and Liorah went into surgery simultaneously at two different hospitals. Darline says that “it was the hardest and longest day for my husband, the two dearest beings in his life were going into operating rooms and he didn’t know what was going to happen.” Liorah was in surgery for 13 hours, “Her little heart never stopped. She came out victorious. The operation was a success thanks to God and the dedication of the nurses and doctors at the Sainte-Justine Hospital,” said Darline and David, remembering it.

Both Darline and Liorah began the long road of recovery. Darline remembers experiencing “a lot of pain and anxiety because I couldn’t take both my daughters in my arms. I was trying to sleep, but I couldn’t for many weeks because Liorah was still at the hospital recovering.” It was Liorah’s 1st birthday two days after her transplant, and the nurses decorated her room and sang her “Happy Birthday” even though she was unconscious.

Both Liorah and Darline recovered, and Liorah returned home in January 2020 for the first time after months spent as an inpatient at the hospital. It has not been an easy road, and Liorah has had some operations since the transplant as her poor health affected other organs. Darline’s recovery was also lengthy, “my recovery was difficult at first but over time I sometimes forget I have a scar on my stomach. Every time I look at that scar and look at my daughter, I feel proud and grateful to the creator of the universe for having created me with this part of my body that can be regenerated.”

Liorah started daycare in September and has been more stable, “She is growing up quickly and the staff at the daycare tell us how intelligent she is for a child her age. She talks a lot in English for now, but she understands Creole, French and Spanish just like her big sister. She also likes to dance, and as soon as we play music, she runs from her room to come and dance.” Although this family’s transplant journey was difficult, they are grateful, “we are all ignorant until someone you know goes through some rather strange situations. This is when the examination of life begins; it is up to us to know how we are going to react to these difficulties and to whom to turn when no one else understands.” 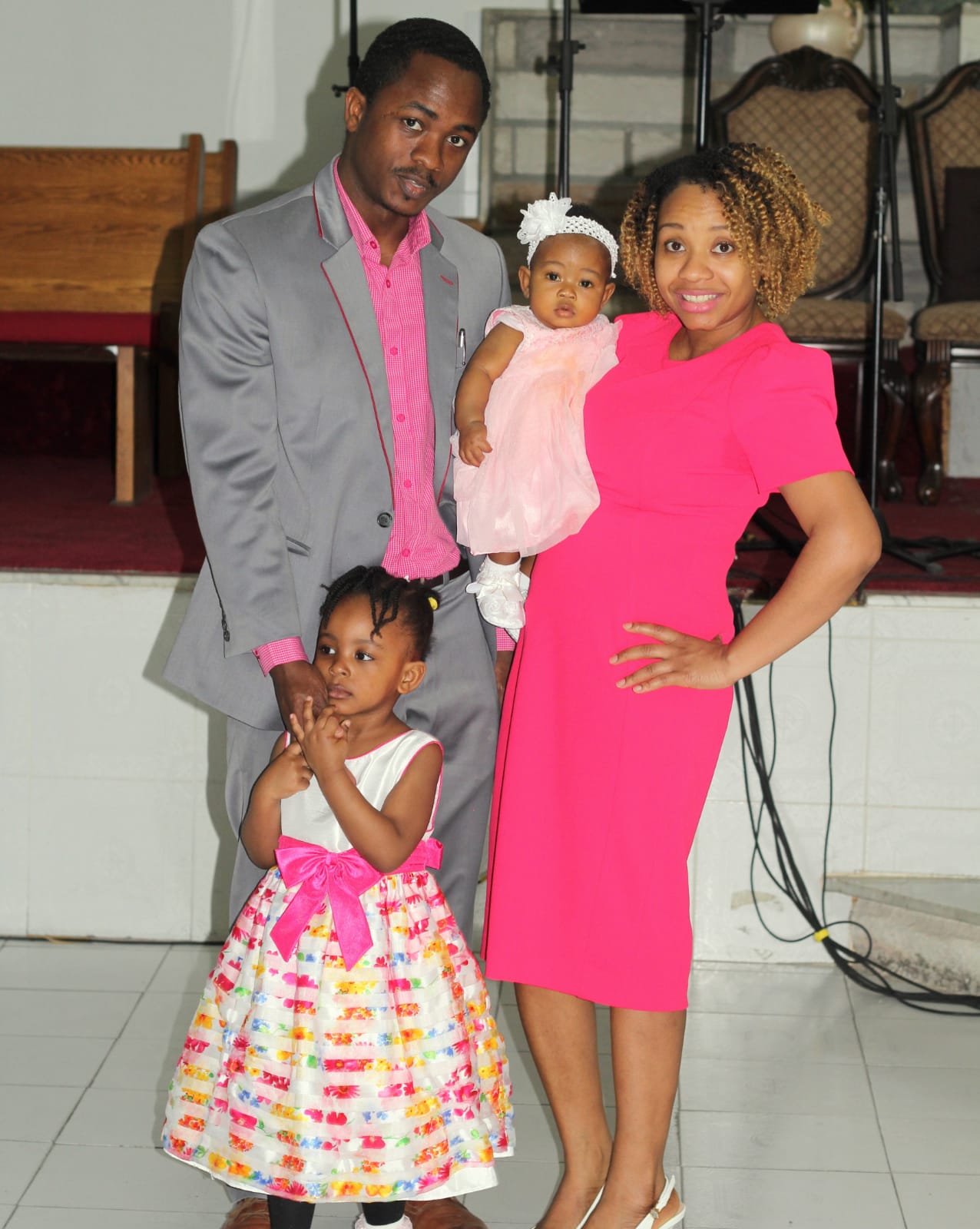 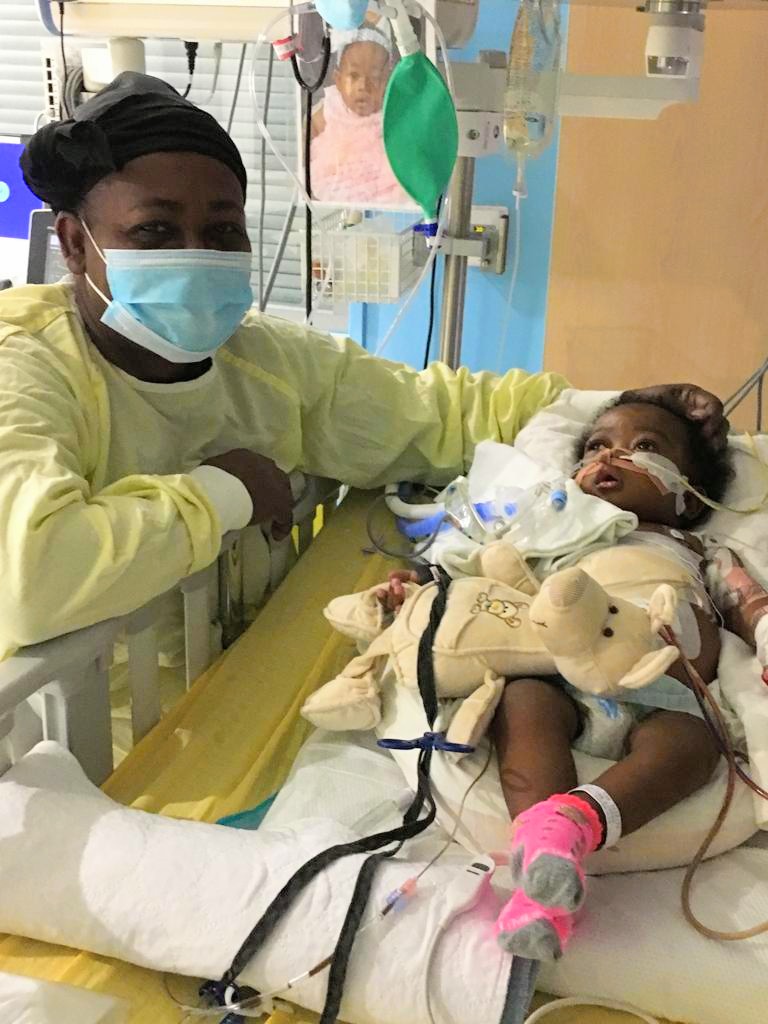